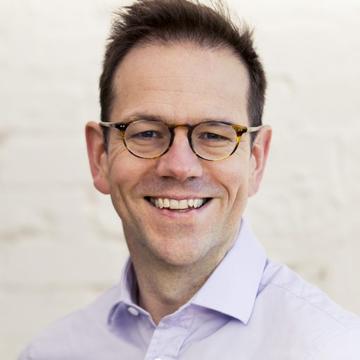 The Rothermere American Institute is delighted to announce that Adam Smith, currently Professor of United States History at University College London, has been appointed to the University of Oxford’s new Edward Orsborn Professorship of US Politics and Political History and, as a part of that role, will be taking up the Directorship of the RAI from 1st October 2019.

Though Prof Smith is a native of the Northeast of England, his move to Oxford will be a homecoming of sorts; he received a first-class degree in history as an undergraduate at St Anne’s College.  He subsequently obtained his doctorate at Cambridge and has been a member of the history department at UCL since 2002.  An expert in the politics of mid-nineteenth century America, Smith is the author of The Stormy Present: Conservatism and the Problem of Slavery in Northern Politics, 1846-1865, and No Party Now: Politics in the Civil War North, among other works.

“It is a great privilege to be taking on the leadership of the RAI,” Smith says, adding that this is an especially exciting time for him to join with Oxford colleagues engaged in promoting a deeper understanding of American history, politics, and culture.  “Never before has there been a greater need for the RAI,” Smith observes.  “The United States has always exerted a centripetal force on the imagination of the rest of the world, but we have reached a moment in which, even as America is exposed to unceasing global scrutiny, it is only superficially understood. The RAI is perfectly placed to provide that much-needed analysis of what the United States is, has been, and might become. There is literally nowhere else like it: an institute outside the US with the advantages of perspective which that brings, rooted in one of the world’s great universities, and yet with a mission to engage a broader public.”

As the holder of the Orsborn Professorship, Smith will teach American politics and history to undergraduates, supervise postgraduate studies, and continue his research on the politics and political history of the United States.  He will also be a fellow of University College.  The post is named in honour of Edward Orsborn, a distinguished and much-loved headteacher and writer who received an OBE for services to education in 1974.

The endowment of the Orsborn Professorship and RAI Directorship was made possible by a gift of exceptional generosity from an anonymous benefactor who studied American Politics as part of the undergraduate PPE course.  Substantial donations from the Rothermere Foundation and from University College alumni were also instrumental in the establishment of this important new post. Their philanthropy completes the Institute’s £7m ‘Campaign for the RAI.’  The Campaign, launched in June 2012, has also supported graduate scholarships, junior research fellowships, and the Institute’s unique programme of research and events in American history, politics, and literature. The RAI is deeply grateful to all those whose generosity has helped ensure that the study of the United States will continue to flourish at Oxford University.